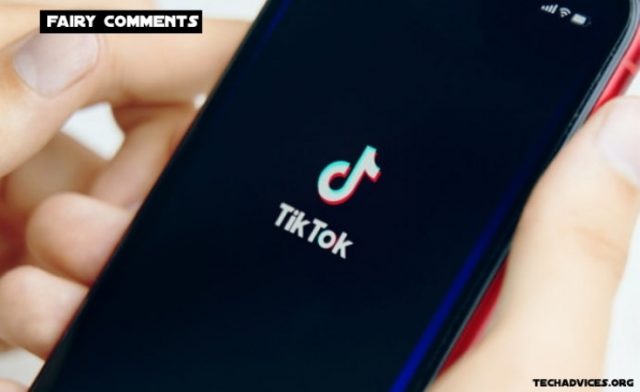 The popularity of TikTok has skyrocketed in a short period. Video content is just one aspect of what you can do to engage with your audience. It’s the perfect spot to relax and catch up on our favorite shows and movies. It’s become a go-to spot for people who want to learn how to dance and watch music videos. Everything from the latest pranks to entertaining videos may be found here.

While it may appear to be a wonderful platform for content creators, artists, and fans, the comment section may be a toxic environment for those who use it.

TikTok users are familiar with the one-liner fairy remarks that appear just below a video’s thumbnail.

These jokes can also be a lot of fun to read. The comment trends on this social media platform are always shifting due to its volatility. The use of fairy comments persisted throughout the year, although there are constantly fresh trends to catch the audience’s attention.

‘So what are these fairy comments,’ you ask? Here, we’ll go over the significance of fairy remarks and the best time to use them. It’s possible that if you’ve been using TikTok for a time, you’ve come across comments from fairies under specific videos. The comment box on any social media platform can be a dangerous place. However, it can be awe-inspiring and hysterical at the same time. For example, 9gag’s comment area includes a slew of customs, the most notable of which is the predominance of GIFs. On the other hand, copypastas and unique emotes are commonplace in Twitch chat. The comment area of TikTok is constantly changing due to the app’s ephemeral nature. Fairy comments were still pretty standard in 2022, despite this.

What Are TikTok’s “Fairy Comments”?

Sarcastic one-liners are known as “fairy comments” on TikTok.

In most cases, it begins simply and ends in a surprising twist.

“Paraprosdokian” (derived from Greek, meaning “contrary to anticipation”) is an actual figure of speech.

After a tweet from @barbzz4bernie became viral in March 2020, these passive-aggressive sentiments became more popular.

As a tweet, it received more than 500k likes in a short amount of time.

Since then, TikTok has seen a spike in the number of “fairy” comments.

Even though these statements are sarcastic and sarcastic, they are not meant to be taken seriously.

When Is It Appropriate To Make a Fairy-Related Comment?

Even though the comments are not meant to harm anyone, they are primarily utilized as a weapon by foes. Leaving a fairy comment at the end of a video is easy to express your disapproval of a post or TikTok user.

Fairy comments aren’t just for TikTok; they may also be used on Instagram. When there are already a lot of these comments on a post, that’s the greatest time to use them.

It appears that Gen-Zers are particularly fond of the “fairy” comments. Fairy comments can be pasted under TikTok videos, which you can see a list of. Just copy and paste your favorite comment from the video you don’t like. Fairy comments should be used to insult your “enemies” or TikTok videos that annoy you. Additionally, they can be used as Instagram comments in posts. Fairy comments are best used in posts that already feature them, but they can also be used in other places.

Fairy Comments For The TikTokkers

TikTok fairy comments aren’t going away anytime soon, whether you like them or not. After a few months, the trend hasn’t shown any indications of slowing down. What’s your favorite fairy-related comment? Is there anything else I’ve missed? 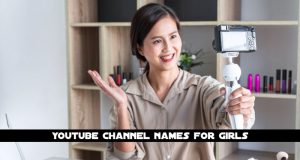 The Complete Guide to Youtube Channel Names for Girls