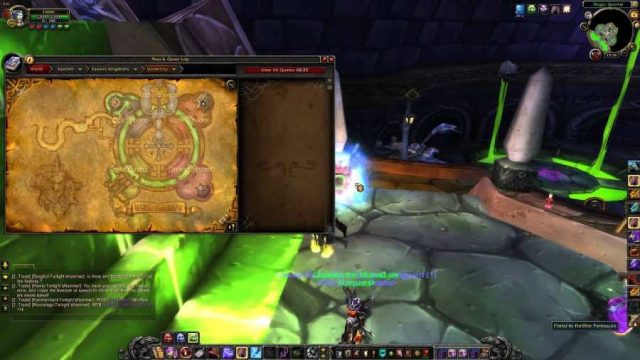 Follow the path via Deadwind Pass (as straight as possible; do not turn right), then continue east and south through the Swamp of Sorrows to reach your destination. If you don’t want to be flagged for PvP, stay away from the road because it is patrolled by Horde Guards. As you make your way through the Blasted Lands, keep to the left; Nethergarde Keep is slightly off the main path on the left.

Best Way To Get To The Blasted Lands

Aside from the demons that roam the plains, this dismal and barren country contains little in the way of flora and animals (the lone exception being the Tainted Forest). It is also devoid of any natural resources. The location is notably noteworthy because of the Dark Portal that leads to Draenor that is located there (formerly leading to Outland).

The dismal area is home to a small population and a few notable small settlements, such as Nethergarde Keep, Dreadmaul Hold, and Surwich, among others. The Blasted Lands were distorted by magic that escaped through the Dark Portal, resulting in an infertile desert landscape. Since then, hardy desert animals such as basilisks, scorpions, and hyenas have established themselves in the area. The red rocks in the region did not acquire their hue through natural processes. When the Dark Portal was destroyed, the natural tan tint was transformed into an inhuman red colour as a result of the intense heat and chaotic forces present.

There is only one passage through the Blasted Lands, which is guarded at the northern end by the grim mages of Nethergarde Keep. They are tasked with the terrible burden of keeping an eye on the Dark Portal, protecting the rest of the continent from the demons in the south, and defending themselves against the ogre tribes that roam the wastelands.

The temperature is dry and scorching during the day and extremely freezing at night in this part of the world. Mountains obstruct any moisture from entering the region from the Swamp of Sorrows to the north, and the only signs of life can be found in the Tainted Forest to the southwest, which has been corrupted by demonic forces that have taken hold of the Gilnean druid Marl Wormthorn, the mastermind behind the revitalization of the scorched scar.

In this zone, there are no instanced dungeons or battlegrounds to be found.

What Is The Location Of The Portal To The Blasted Lands?

The Cleft of Shadow contains a portal to the Blasted Lands, which may be accessed from Orgrimmar.

What Is The Best Way To Travel To The Blasted Lands From Stormwind?

What Is The Best Way To Go From The Blasted Lands To Draenor?

To enter the Blasted Lands, click on the Portal to Blasted Lands. Once you’ve arrived in the Blasted Lands, head southwest to the coordinates 55.0 and 50.3 and look for Archmage Khadgar. “FOR AZEROTH!” should be selected. Following the cut-scene, you will be transported to Alternate-Draenor (where this expansion will be taking place).

They were given that name because they were corrupted by the power that created the Dark Portal, which allowed the rampaging orcish Horde to wreak havoc on the world of Azeroth. It was eventually constructed for Ner’zhul’s Horde to traverse, despite the fact that the original portal was destroyed by Khadgar during the Second War.

The portal that led into the ruins of Draenor, the shattered planet of Outland, was modified to go to an alternate past incarnation of that world, thirty-five years in the past from when the Iron Horde had arrived.

Is There A Way To Get To The Blasted Plains From Orgrimmar Without Using A Portal?

In Orgrimmar, speak with Thrallmar Mage in the Portal room, which is located near the Shattrath portal. These NPCs will transport you to the Blasted Lands, which are located immediately next to the Dark Portal. For Alliance players, the Blasted Lands are only a short flight away from Stormwind.

How to get there Following your passage through the pass and into the Swamp of Sorrows, you should make your way to the southern border’s centre. You should be able to get enter the Blasted Lands by passing through the mountains there. Horde: Take a south-westerly route from Stonard in the Swamp of Sorrows. The entrance to the Blasted Lands should be within striking distance of the Horde outpost.

As a result of this, what is the location of the Hellfire Peninsula portal in Orgrimmar?

The Valley of Spirits in Orgrimmar serves as a gateway to the Hellfire Peninsula, and it is accessible via the portal.

Is There A Flight Path Through The Destroyed Lands?

It is Stonard, in the swamp of sorrows, that has the closest horde vendors and a flying path to the shattered regions.

How To Go From Stormwind To Outland

Following your discovery of the Dark Portal, let us discuss how Alliance players can go there from Stormwind.

You can reach the Dark Portal in Burning Crusade Classic by flying from Stormwind to Nethergarde Keep, which is accessible via the flight path from Stormwind to Nethergarde Keep. It is only a short distance south to the Dark Portal from there. If you do not have access to the flying path, you will be forced to travel through the Swamp of Sorrows and into the Blasted Lands.

What Is The Location Of The Portal To The Blasted Lands?

During the Battle for Azeroth expansion, Blizzard removed the portal to the Blasted Lands from the game. It was demolished and replaced with a portal leading to Shattrath. In order to go to the Blasted Lands, you will need to take a flight path or fly yourself to the location in question. 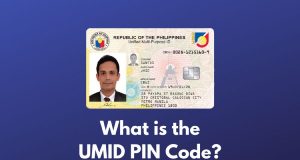 How To Get A UMID Card PIN Code